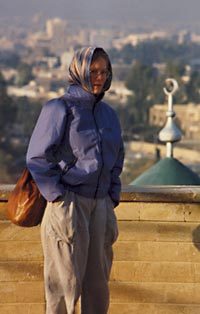 This story is about tampons.

Really, it is about tampons and toilet paper, and me being a “virgin expat” moving to my first foreign country. My husband’s employer thought little enough of the local economy that it paid for us to ship a massive amount of consumables, so we wouldn’t run out of things that we needed during our two-year tour. I was 30 and newly wed, and I was supposed to figure out how much toilet paper, tampons, soap, sugar, oil, cereal, and other critical items we would use while we lived in a war-ravaged country at the ends of the Earth.

I didn’t even have to go shopping for most of it. I sat in my living room, looking at a typewritten catalog of non-perishable grocery items and thinking to myself that the locals must eat something. This was pre-internet, complicating my research. Since I simply had no idea, I ordered a whole pantry full of food, plus a couple cases of cereal, and a bunch of non-food items. When we got to Iraq, I learned that the staples I brought were readily available, and cheap too. Flour, check. Sugar, check. Oil, check. What wasn’t available was familiar prepared food and things I couldn’t have shipped: eggs, chicken, butter, milk. Oops. 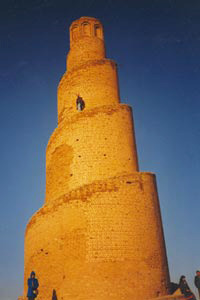 So I found myself with a ton (literally) of staples I didn’t need, which were in fact likely to become infested or stale before we got through them. (The pie we were given by a neighbor shortly after we arrived was made with infested flour, though she assured me that she had filtered out most of the bug parts. It was hard to eat.) And I hadn’t shipped any of everyone’s favorite consumable: alcohol. There is something quite popular about being at a difficult post and drinking one’s consumables. I painstakingly used up the food over two years, and figured out the other stuff by becoming commissary manager.

The other thing I remember buying in quantity is tampons. I didn’t order cases, but bought many, many boxes, with a wide distribution of sizes (if you are female, you get it). I wanted to make sure there was no chance I would run out. 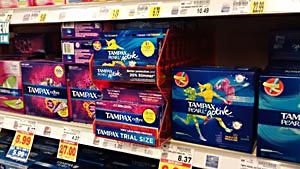 I didn’t. I got pregnant halfway through the tour, with about 90% of those tampons left. I took them with me when we transferred to Germany, where I got pregnant again. Tampons don’t spoil, so I took them to Bombay, back to DC, on to Pakistan, and then to Zimbabwe. After that, my sons (then 10 and 12) and I moved back to the States with enough tampons to last several more years.

If you are female, or if you live with one, you know that we keep these things scattered around the house: in the master bath, in the powder rooms, and in the purse. About a year after we settled in the States, my boys came into the kitchen and asked me what those things were under the powder room sink. They had partially unwrapped one. It was time to talk about the mechanics of the female body, but first I got my young scientists a glass of water, so they could see that tampon, bought 15 years earlier, in full bloom.

And in those same 15 years, I had bloomed myself, from being a new wife to a mother, to an experienced expat, and finally an independent single mom. Somewhere along the line, I stopped needing those tampons, and I know there was at least one 15-year-old tampon in the bag that I delivered to the local thrift shop.

Victoria Hess was “married to the Foreign Service” for 15 years, living in Iraq, Germany, India, Pakistan, and Zimbabwe during that time. Though well-settled in Jackson, Wyoming, for the past dozen years, she still feels connected to the diplomatic corps, through her children (who have regularly visited their dad overseas), many global nomad friends, and her off-again, on-again volunteer positions with Tales From a Small Planet.